I really enjoyed Project Life during 2013, which was my first serious attempt at it. I got behind after getting pregnant and having surgery, but I've made some headway already with my catching up and I'm not too far behind now. I used a monthly approach and that worked well for me, so I'll be continuing with that in 2014. I have the Seasons and Polka Dot Party mini kits, but aside from that have used my scrap stash, in particular 6x6 paper pads.

What helped me during the first half of 2013 (and would have helped in the second half if I'd used it, hehe!) was having a planner where I could jot down ideas, journalling, prompts for the photos etc. as well as a list of photos I wanted to include for a particular monthly spread. Sometimes I drew a picture showing the placement of the photos, but I'm not sure if I'd do that again. I've found it very helpful to watch the Project Life videos on the Two Peas in a Bucket website, in particular Melissa Stinson, and I've started using parts of her process in my Project Life to help me get a more cohesive look in my layouts.

In 2013 I also used the planner to reassess my creative goals each month. Having a specific place where everything was written down was very helpful, and setting goals helped motivate me to action. I will be using a similar approach this year.

For 2014 I bought Lori Whitlock's planner through Jessica Sprague's site and printed it double-sided on 8.5x11 paper. After cutting the pages in half, I added washi tape to the beginning of each month so there would be some colour as well as a monthly delineation. Then I made my own cover pages (front and back) with heavy cardstock that I covered with patterned paper, a little washi tape on the edge, and Thickers to spell 2014. I used my Bind-It-All to put it together. 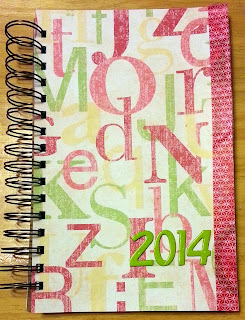 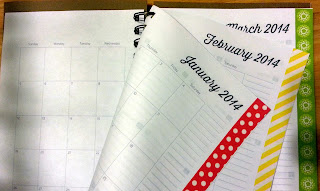 I'm pretty pleased with the result; now I just have to use it! :-) 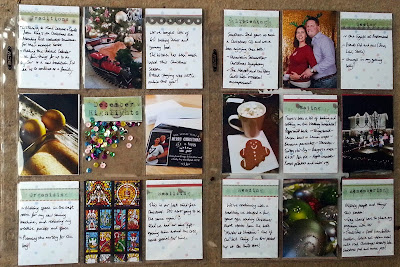 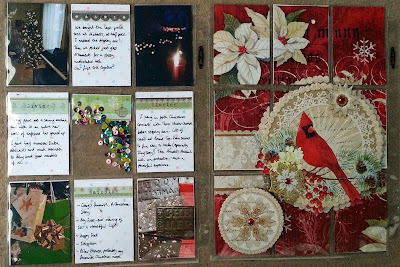 ~Caroline~
Posted by Caroline Hackney at 6:02 PM No comments: